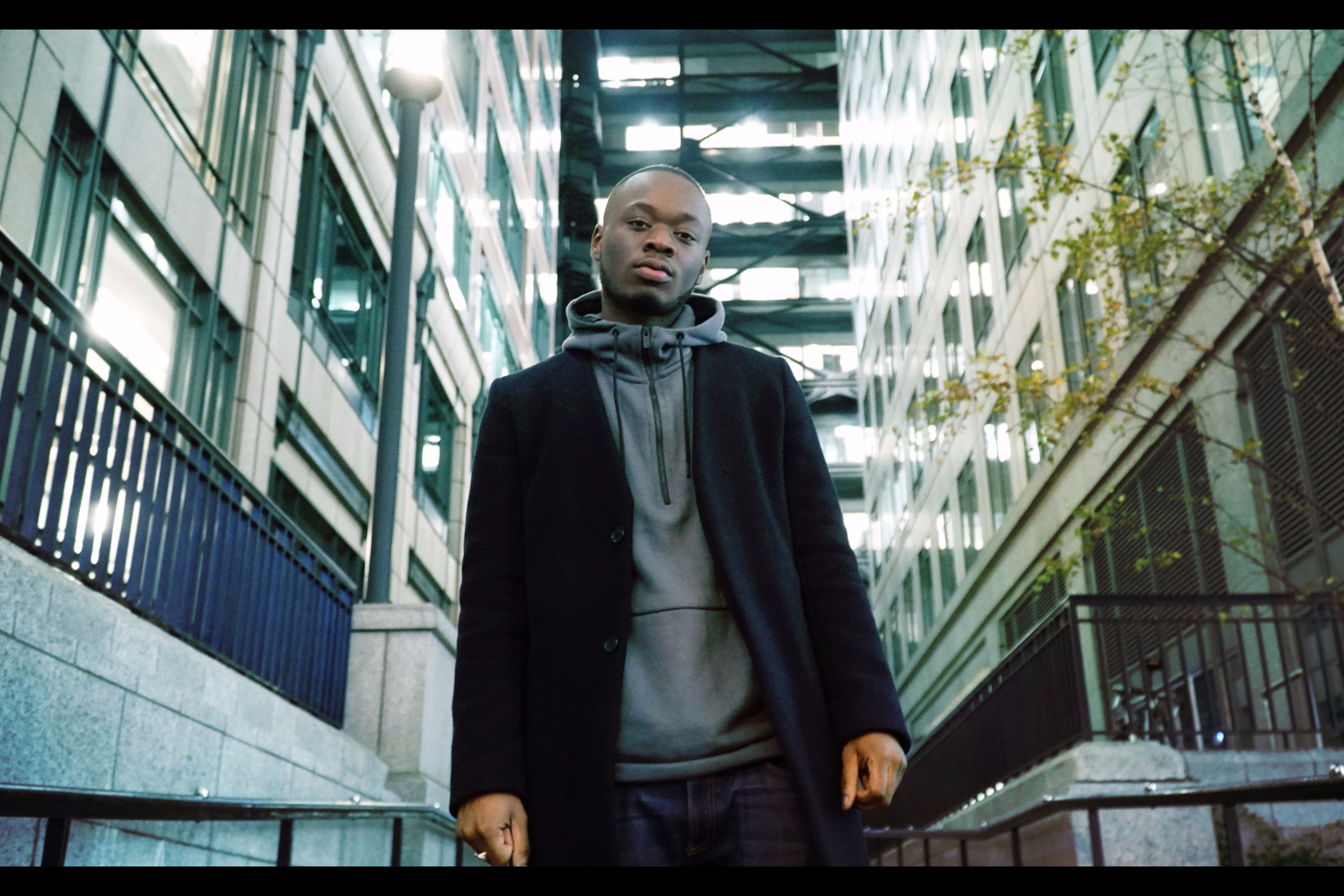 Arriving for the interview with a purposeful swagger the East London wordsmith exudes confidence from every fibre. For someone so young, Speaks – the pseudonym by which he is known – has a lucid understanding of where he has come from and where he intends to go.

What started out as just an outlet for his creativity during his college years has burgeoned into something which has elevated Emmanuel to platforms such as the BBC, Channel 4 and the face of the New Look Christmas campaign.

Everything he does seems meticulously thought through, his responses very well considered yet unrehearsed. There is an unapologetic authenticity in the way Speaks discusses a variety of topics ranging from the gravitas of the subjects in his poetry to his aspirations for the future, ‘I want to have my finger in every pie,’ he jests at one point.

There is a pragmatism to him which can be identified even at the beginning of his journey. In his teens, he made a conscious decision to focus on academia as opposed to football – although he played for Reading U18s – as he realised the level he hoped to reach might not be achievable. He adapted accordingly. Speaks drew inspiration from poets such as Phil Allen and artists like Mike Skinner and the Streets as he channelled his energy into a new creative outlet.

This pragmatic approach manifested itself in the production of his debut EP. He was deliberately involved in every aspect of the pre-, during and post- accompanying short film ‘Russian Roulette’ – an exploration into the dynamics of a toxic relationship. ‘It made me appreciate all the elements required from recording to editing… Other than what I had learnt 4 years prior in BTEC media which I had forgotten, I had no prior experience. I had to sit down and watch someone I knew do some editing before going off and doing it myself. I would sit down with it for months.’ The whole process took Speaks just short of a year which was considerably longer than the initial time frame he set himself, however, he was not fazed. He is self-assured in his ability and resolute in his vision, ‘I take solace in knowing that someone might hear what I say and take comfort from it’.

It is for this reason in particular that the themes covered in his work are heavy. ‘The reason I do touch on these topics, like FGM, is because these are things that people see as taboos and shy away from them. So, if I can articulate them in a way that make people feel it ……. then I feel like people will understand a little bit more.’

In an age where social media is the sanctuary for many, organic conversations are the catalyst for Emmanuel’s work. Whilst recognising the role social media has played in elevating his outreach it is in the comfort of conversations between friends, or those overheard, that Speaks draws the majority of his written inspiration. He makes a point of focusing on the quality of the conversations. ‘I feel like sometimes people are not aware enough to just sit down and listen to one another. I feel like listening is a very crucial skill. Just listening. Not listening just to listen, but listening to take it in and see what you learn about yourself and the other person by doing so.’

Spoken word has also been a means with which Speaks has taken the opportunity to reconcile some of his own personal struggles, including with his faith. ‘The whole thing with [bible] passages being misinterpreted’, alluding to his piece ‘Beautiful Nightmare’, ‘is taking these passages and manipulating to force A or B’s agenda and that is something growing up in Christianity that I saw and I did not like. It got to a point during my teenage years where I stopped referring to myself as a Christian even though I was raised in a Christian home. But I did not really have that connection with Christianity so I sort of drew back from it but, while I still had my own personal relationship with God, there were certain things with Christianity and Religion that I just did not like that I withdrew from. Growing up now into a young adult I realise my Christianity is not defined by anyone else or by what the pastor says. It is about your relationship with God. All these extra things are just not significant, are not paramount. Like what car your pastor drives is just nonsense. I am just using these scriptures in the piece to just show how easily these things can be manipulated to fit an agenda and to say from this I have learnt I need to focus on myself and my relationship with God, as opposed to trying appease other people and prove to them I have any type of religious relationship with God.’

Whilst usually forthright and confident in the way he asserts himself, when questioned on his proudest achievements he becomes self-conscious and reflective. He retells the story of a boy in a year 5 class he went to do a workshop with, who now wanted to become a spoken word poet having told his teacher two weeks prior that he wanted to be a drug dealer. It was a humbling experience for Speaks and whilst he is brazen in the way he brands himself and pushes his content – he researched the editor of the Huffington Post before sending a Facebook friend request and video content across to be featured online – he is modest about his work and the impact it has.

One of the most poignant moments of the interview was when Speaks discussed what getting to this stage has entailed. ‘It [spoken word] has taught me because something has not been done before it doesn’t mean it is not possible or cannot be done well. That same spirit drives me in everything I do. I have learnt people are more sensitive than they let on, that people are going through things – they have stories. Everyone has stories. I feel like it made me understand not to just take people at face value and appreciate that this person that I have met today [has] so much more going on behind them that I shouldn’t judge them.’ Travelling around the country and performing has entailed an exposure to the world beyond the ideas or social expectations of the area he grew up as he demonstrates a firm grasp on the complexities of life.

He is all too acutely aware of the unorthodox career path he has chosen for himself. He looks around at his peers and it is evident he has not chosen a conventional way. There is part of the artist which evidently thrives on this unique status but self-doubt is also present as he muses, ‘I have begun to wonder whether I am doing the right thing.’ This is not just in terms of spoken word but also the sound that he hopes to create and the musicality of his work.

The musical undertones of his work are undeniable and contain remnants of his childhood, free styling over grime beats in the playground with mates. The gulf between spoken word and music is one that Speaks takes enjoyment in exploring. His eyes light up when considering the idea that spoken word in some capacity can become as mainstream as certain other musical genres.

The future for Emmanuel is unpredictable. Currently, he is working on his next large project, ‘The Composer’ which he hopes to be a triple threat in a spoken word piece, film and then adapted for theatre. ‘The Composer’ is based on a young cellist called Ola who is raised on an estate in London. After losing one of his closest friends, Ola subsequently loses his passion for the cello and faces several mental obstacles as he battles PTSD. The film covers the journey Ola goes on in rediscovering his love the cello and ultimately being the composer of his destiny. ‘This is the main lesson that I have learnt is being in control and not relying on other people as much and not blaming other people for things as much and taking control of things.’ Undoubtedly the project will be another opportunity for Speaks to explore deeper issues – and also a further excavation into the artist. He intends to maximise every opportunity that is presented to him from artist management to further spoken word projects. He is conscious of what he must do in order to execute his vision. And judging on his record, I would not bet against him. 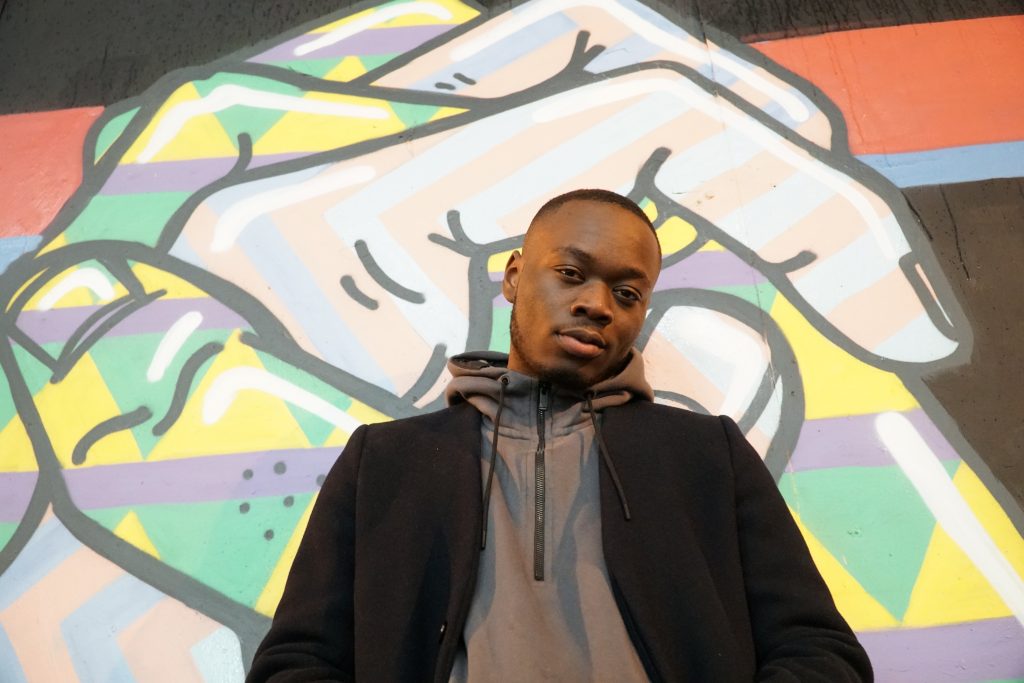